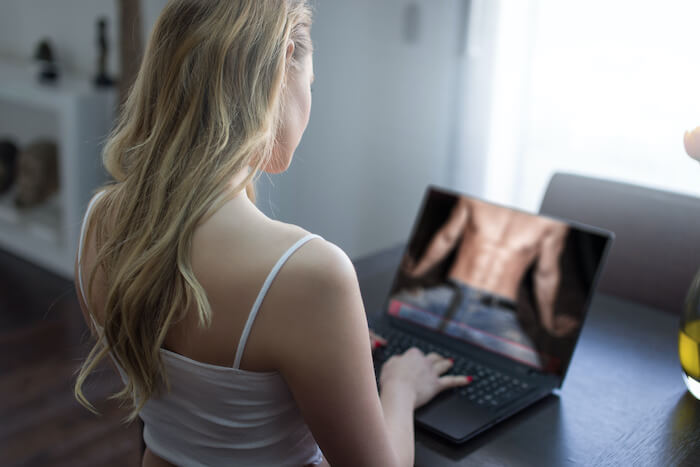 Online dating is now a commonplace. In fact most couples now meet online using very popular mainstream dating apps and sites. There is also a lot of casual dating happening online. It makes sense that casual encounters would follow the same trajectory as regular online dating. In fact it is not inconceivable that due to past stigmas attached to casual sex, sex meetups online may have preceded traditional online dating. It is a bit of a chicken or the egg question. Either way one thing is for sure. People meeting online, whether for a long term relationship or a no strings attached hookup, is only growing and being embraced by more people. This article aims to take a look at the origin of online hook ups and adult personals.

Personal ads predate not only the internet, but the T.V., radio, and telephone as well. According to British historian H.G. Cocks, in his book Classified: The Secret History of the Personal Column, personal ads date back to the late 1600s when British bachelors sought eligible wives. Personals seeking all types of relationships entered all forms of mass communication so it only makes sense that they exploded online. The early adult classifieds and adult personals were on Aol, Craigslist, and other open online platforms. Using the internet to find casual sex partners became increasingly popular and larger companies moved to create their own platforms to capitalize on the many people looking for adult fun online.

Companies like Match and eharmony were some of the early online dating platforms that were specifically geared towards finding a romantic partner. Not long after platforms catering specifically towards casual dating and casual encounters emerged. Although free sites like Craigslist and backpage had active sections of casual sex seekers. Platforms like AdultFriendFinder were able to monetize giving casual daters access to large pools of other members online. From there, niche fuck sites and hookup apps began to spring up left and right.

One of the most well known niche online adult dating websites was Ashley Madison. This casual sex platform was marketed specifically for attached men and women that were looking to have an affair. Thus, the niche of online affair dating was born. From there many other niche sites entered the market targeting almost any niche one could think of from various fetishes to ethnicity and gender.

Some would argue that these early free sex websites paved the way for hookup culture and today’s hookup apps that are widely used by all types of people. Tinder was one of the first and still most popular dating apps available for mobile devices. Similar to the trends of online dating websites other apps entered the market and began catering to specific niches and demographics. Many of these users utilize these apps specifically for finding fuck buddies and friends with benefits type relationships. In fact a recent study on picture-based mobile dating apps suggested that the majority of users on apps like Tinder were seeking casual sex partners. Recently Tinder has attempted to move away from that reputation.

Hookup apps and casual encounter sites are extremely popular. Millions of downloads, sign ups, swipes and one night stands are going down all the time. It only makes sense. People have been utilizing mass communication mediums for as long as they have been available to seek out partners. Now these platforms are engineered for very specific desires and have made the entire process of dating, whether traditional or casual, extremely convenient and efficient.

While adult personal sections that have gone away such as Craigslist casual encounters and backpage personals might seem antiquated when compared to modern hookup apps, many casual sex seekers still utilize familiar formats on platforms such as Reddit, double list, and bedpage. This just illustrates how effective a medium the internet is when it comes to connecting individuals that share the desire for sex without any commitments.